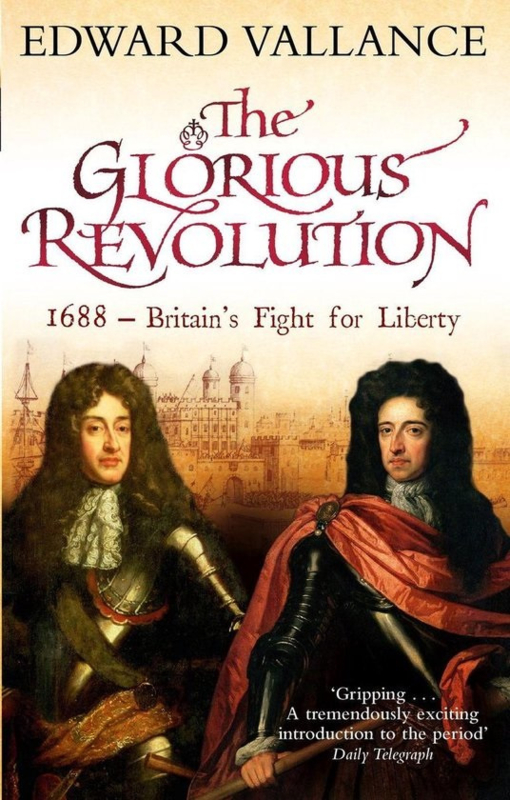 The Glorious Revolution 1688, Britain's Fight for Liberty, written by the English popular historian Edward Vallance is a radical new interpretation of the Glorious Revolution.
In 1688, a group of leading politicians invited the Dutch prince William of Orange over to England to challenge the rule of the catholic James II. When James's army deserted him he fled to France, leaving the throne open to William and Mary.
During the following year a series of bills were passed which many believe marked the triumph of constitutional monarchy as a system of government. In this radical new interpretation of the Glorious Revolution, Edward Vallance challenges the view that it was a bloodless coup in the name of progress and wonders whether in fact it created as many problems as it addressed. Certainly in Scotland and Ireland the Revolution was characterised by warfare and massacre.
Beautifully written, full of lively pen portraits of contemporary characters and evocative of the increasing climate of fear at the threat of popery, this new book fills a gap in the popular history market and sets to elevate Edward Vallance to the highest league of popular historians.